The words “Nuestro Voto es Nuestro Poder” (“Our Vote is Our Power”) beam overhead as Aria Flores walks into the Chispa Nevada office each day. To her, the words serve as a source of inspiration and motivation for her work organizing in the Las Vegas community to expand voting access.

Flores has organized in Nevada since high school, and now works with Chispa Nevada, a program of the League of Conservation Voters (LCV) and LCV Education Fund (LCVEF). Chispa Nevada is working to expand voting rights through civic engagement in communities who often face barriers to voting, by registering eligible citizens to vote, making access to the ballot box more equitable, and informing eligible voters of their rights.

“I’m not just voting for me, I’m voting to advance our priorities and build power for my communities. It brings a whole new meaning for the vote,” said Flores of her work to engage members of the Latinx community in Southern Nevada.

Since LCV Education Fund’s 2022 launch of the largest non-partisan, site-based voter registration program in the country, grassroots organizers have worked to expand access to voting rights in key states, specifically focusing on shifting power to communities of color in urban and rural areas. 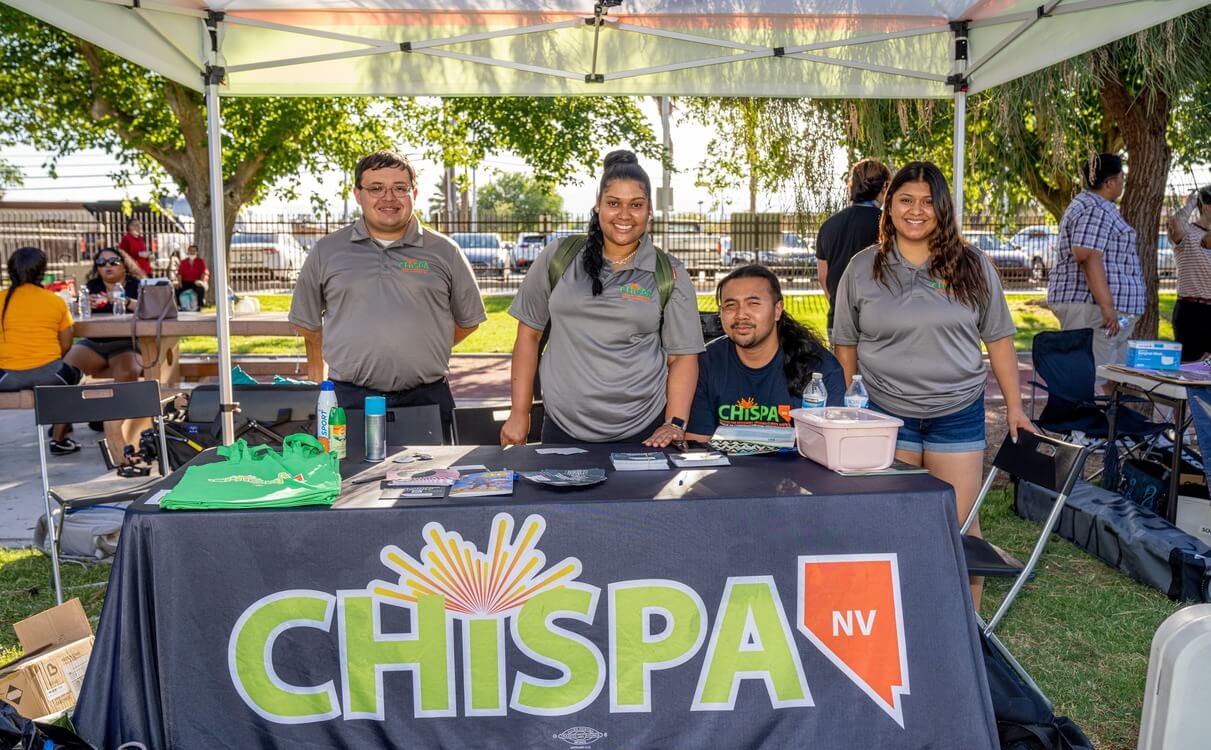 We can’t combat the climate crisis without a more just and equitable democracy that works for everyone — especially in communities who face barriers and have been historically excluded, and in some cases continue to be excluded, from the electoral process, including communities of color, rural communities, communities with low wealth, communities living with disabilities and young and elderly communities. Flores recalls how, working as an election protection volunteer during Nevada’s recent June primary, she saw the lines outside polling locations serving predominantly Latino communities were disproportionately longer than those in white communities. Seeing her community wait in 45-minute lines further ignited her drive to make voting access more equitable around Las Vegas.

“It should be more than just common sense for all Americans to have a chance to exercise that [right to vote], no matter where they’re at or how far from the ballot…If we can just tackle a couple issues at a time, that’s how we move forward,” said Guillermo Barahona, civic engagement director for Chispa Nevada.

Barahona has witnessed the growing needs of his community go unanswered in the 18 years he has lived in Las Vegas. For him, the work is not only about bringing new ideas to the table, but about unearthing “ideas that have always been there, but the problem continues to be that there is lack of proper outreach and resources to make the process easy and understandable for our community to participate in our elections.”

It is not uncommon for voter registration organizers in Nevada to come across individuals whose right to vote has been disenfranchised by disinformation or other barriers, such as having been formerly incarcerated, according to Flores. Nothing brings her and her coworkers more pride than being able to share with them that, as a product of sustained community engagement and voter access activism, their right to vote may have been restored through state legislation passed in 2021. 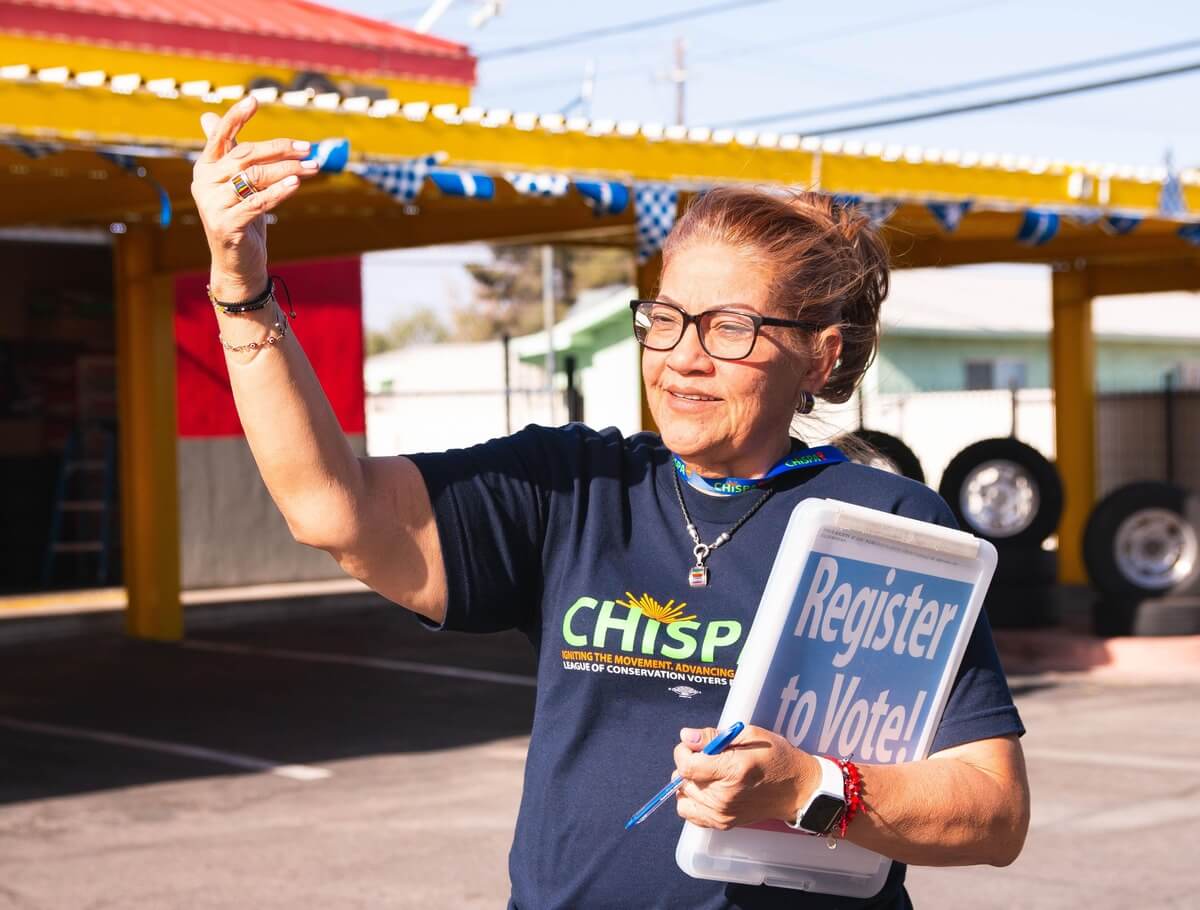 “So many people don’t know their rights, and no one has gone out of their way to tell them,” said Flores. This is especially true for communities whose first language is not English and who are often left out of voter registration and accessibility initiatives.

Expanding access to the ballot has become even more important as states across the nation are introducing and passing laws to restrict voters from making their voice heard. In a recent significant win supported by Chispa Nevada, Assembly Bill 321 was passed into law, making Nevada the sixth state to ratify a permanent vote-by-mail system that allows Nevadans to vote in whichever way is easier for them — in person, by mail or through secure drop boxes.

Both Barahona and Flores encourage community members to get involved with Chispa Nevada’s organizing work to become equipped with the tools and resources to participate in our democracy and help more community voices be heard.

Some of the most passionate and dedicated voter access organizers, they say, are people who cannot vote themselves. They assist in registering eligible voters, educating voters on their rights, and fighting for election protection.

“Their voice is being heard one way or another. It’s inspiring seeing them not let the system hold them back,” said Flores.

Click here to learn about how to get involved with Chispa Nevada’s work. 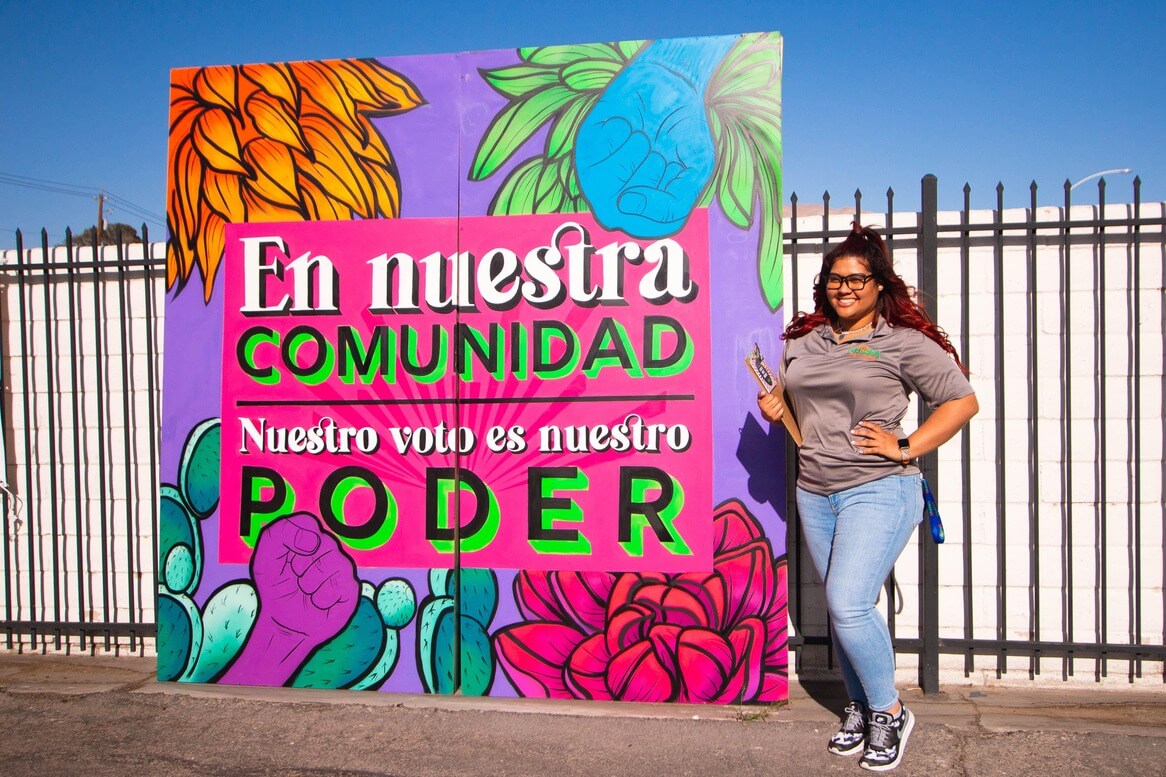 Justice, partnership, inclusiveness, and accountability are some of the values that define us. The fight for a healthy environment is Important now more than ever and we want you by our side!
Facebook-square Instagram Twitter-square
Donate
Take Action
Copyright 2022, Chispa LCV

Find Us In Your State

Epilepsy Safe Mode
Dampens color and removes blinks
This mode enables people with epilepsy to use the website safely by eliminating the risk of seizures that result from flashing or blinking animations and risky color combinations.
Visually Impaired Mode
Improves website's visuals
This mode adjusts the website for the convenience of users with visual impairments such as Degrading Eyesight, Tunnel Vision, Cataract, Glaucoma, and others.
Cognitive Disability Mode
Helps to focus on specific content
This mode provides different assistive options to help users with cognitive impairments such as Dyslexia, Autism, CVA, and others, to focus on the essential elements of the website more easily.
ADHD Friendly Mode
Reduces distractions and improve focus
This mode helps users with ADHD and Neurodevelopmental disorders to read, browse, and focus on the main website elements more easily while significantly reducing distractions.
Blindness Mode
Allows using the site with your screen-reader
This mode configures the website to be compatible with screen-readers such as JAWS, NVDA, VoiceOver, and TalkBack. A screen-reader is software for blind users that is installed on a computer and smartphone, and websites must be compatible with it.

We firmly believe that the internet should be available and accessible to anyone, and are committed to providing a website that is accessible to the widest possible audience, regardless of circumstance and ability. To fulfill this, we aim to adhere as strictly as possible to the World Wide Web Consortium’s (W3C) Web Content Accessibility Guidelines 2.1 (WCAG 2.1) at the AA level. These guidelines explain how to make web content accessible to people with a wide array of disabilities. Complying with those guidelines helps us ensure that the website is accessible to all people: blind people, people with motor impairments, visual impairment, cognitive disabilities, and more. This website utilizes various technologies that are meant to make it as accessible as possible at all times. We utilize an accessibility interface that allows persons with specific disabilities to adjust the website’s UI (user interface) and design it to their personal needs. Additionally, the website utilizes an AI-based application that runs in the background and optimizes its accessibility level constantly. This application remediates the website’s HTML, adapts Its functionality and behavior for screen-readers used by the blind users, and for keyboard functions used by individuals with motor impairments. If you’ve found a malfunction or have ideas for improvement, we’ll be happy to hear from you. You can reach out to the website’s operators by using the following email aaispuro@lcv.org

Our website implements the ARIA attributes (Accessible Rich Internet Applications) technique, alongside various different behavioral changes, to ensure blind users visiting with screen-readers are able to read, comprehend, and enjoy the website’s functions. As soon as a user with a screen-reader enters your site, they immediately receive a prompt to enter the Screen-Reader Profile so they can browse and operate your site effectively. Here’s how our website covers some of the most important screen-reader requirements, alongside console screenshots of code examples:

We aim to support the widest array of browsers and assistive technologies as possible, so our users can choose the best fitting tools for them, with as few limitations as possible. Therefore, we have worked very hard to be able to support all major systems that comprise over 95% of the user market share including Google Chrome, Mozilla Firefox, Apple Safari, Opera and Microsoft Edge, JAWS and NVDA (screen readers), both for Windows and for MAC users.

Despite our very best efforts to allow anybody to adjust the website to their needs, there may still be pages or sections that are not fully accessible, are in the process of becoming accessible, or are lacking an adequate technological solution to make them accessible. Still, we are continually improving our accessibility, adding, updating and improving its options and features, and developing and adopting new technologies. All this is meant to reach the optimal level of accessibility, following technological advancements. For any assistance, please reach out to aaispuro@lcv.org
Become a Volunteer !
Sign Up for Chispa Volunteer
Find Your State
National

Join the Movement!
Sign Up for Chispa News and Updates